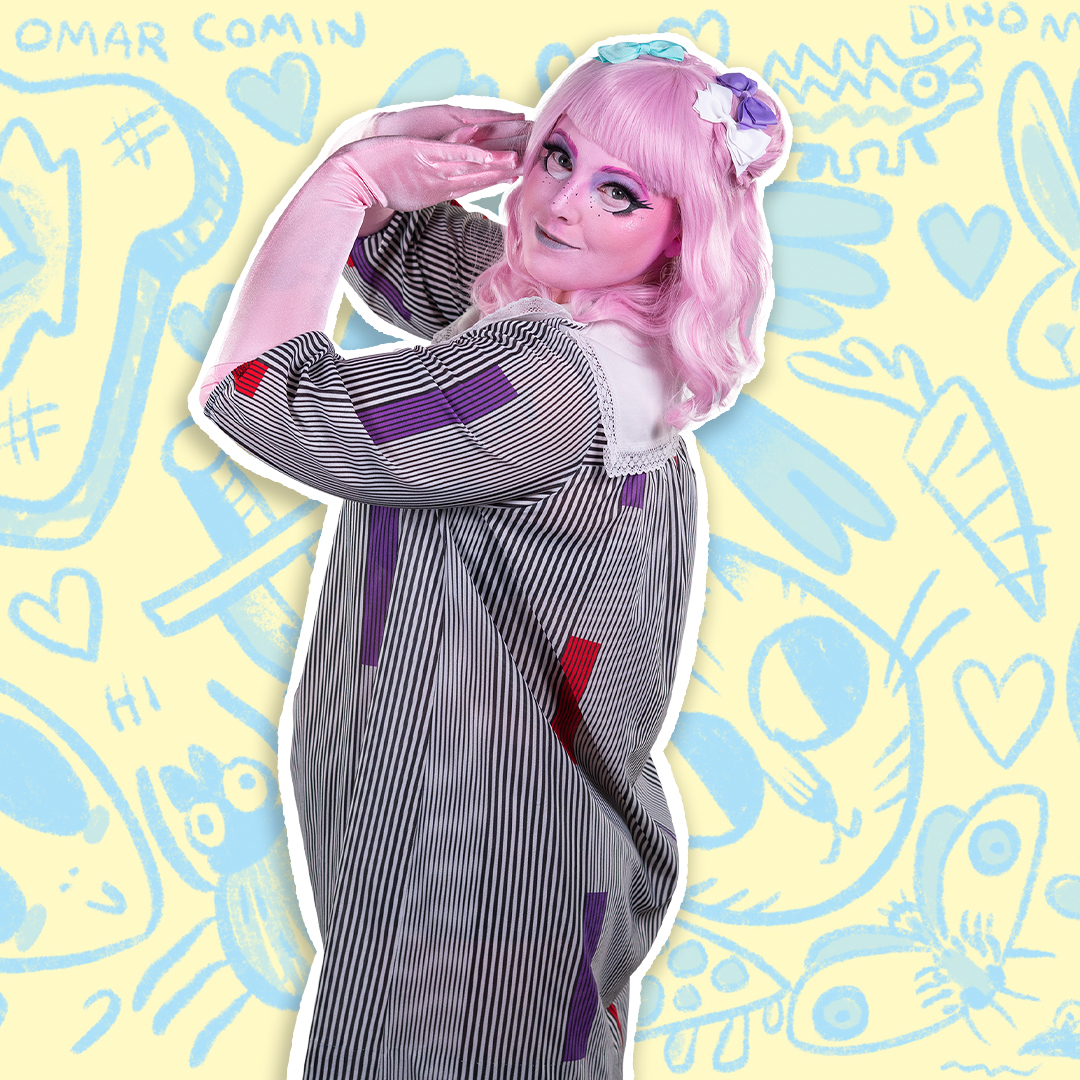 Some time ago, Bunny stumbled onto Earth from outer space due to a wrong turn from her IGPS (Inter-Galactic Positioning System). Her spaceship crash-landed in Baltimore, MD, where she’s taken up residence at a local bar. Through a contrived series of incidents, she wound up on stage during a live performance at the venue, and now she’s somehow a full-time roster member of Super Art Fight. If you can parse anything she’s trying to get across to you, she’ll be the best friend you’ve ever had.