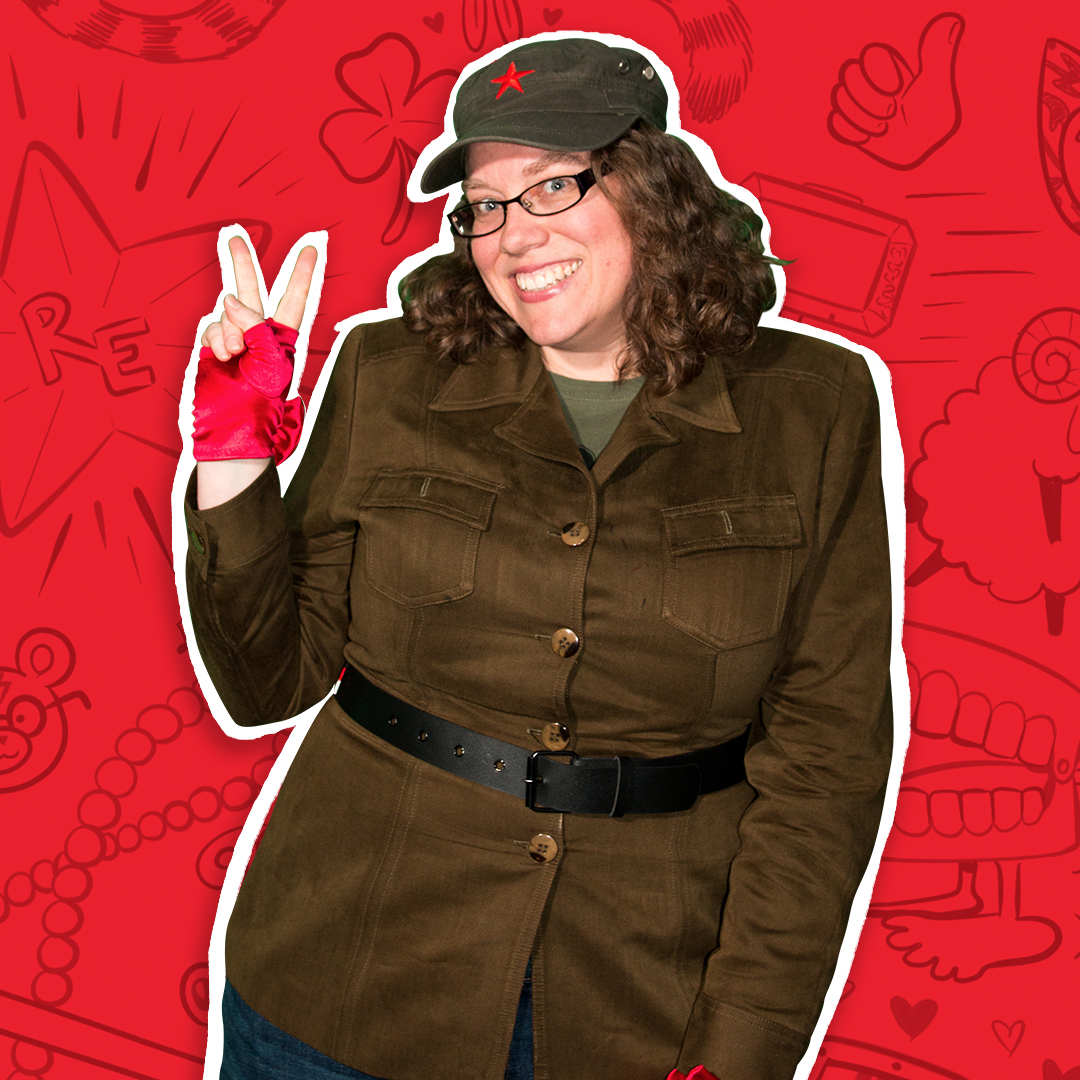 The Kommissar of Kindness is often cited as the nicest and most cheerful member of an Art Fight roster full of cutthroat competitors, demons, and dictators. She loves the sense of community and kinship she has with her fellow Art Fighters, and she relishes the opportunity to compete with the top members of the bunch. As far as we can tell, there’s no dark backstory or secret lore to Red Erin! Like if she were secretly a lost alien who’s too polite to tell us that she’s not actually a Russian Communist. That would be silly.