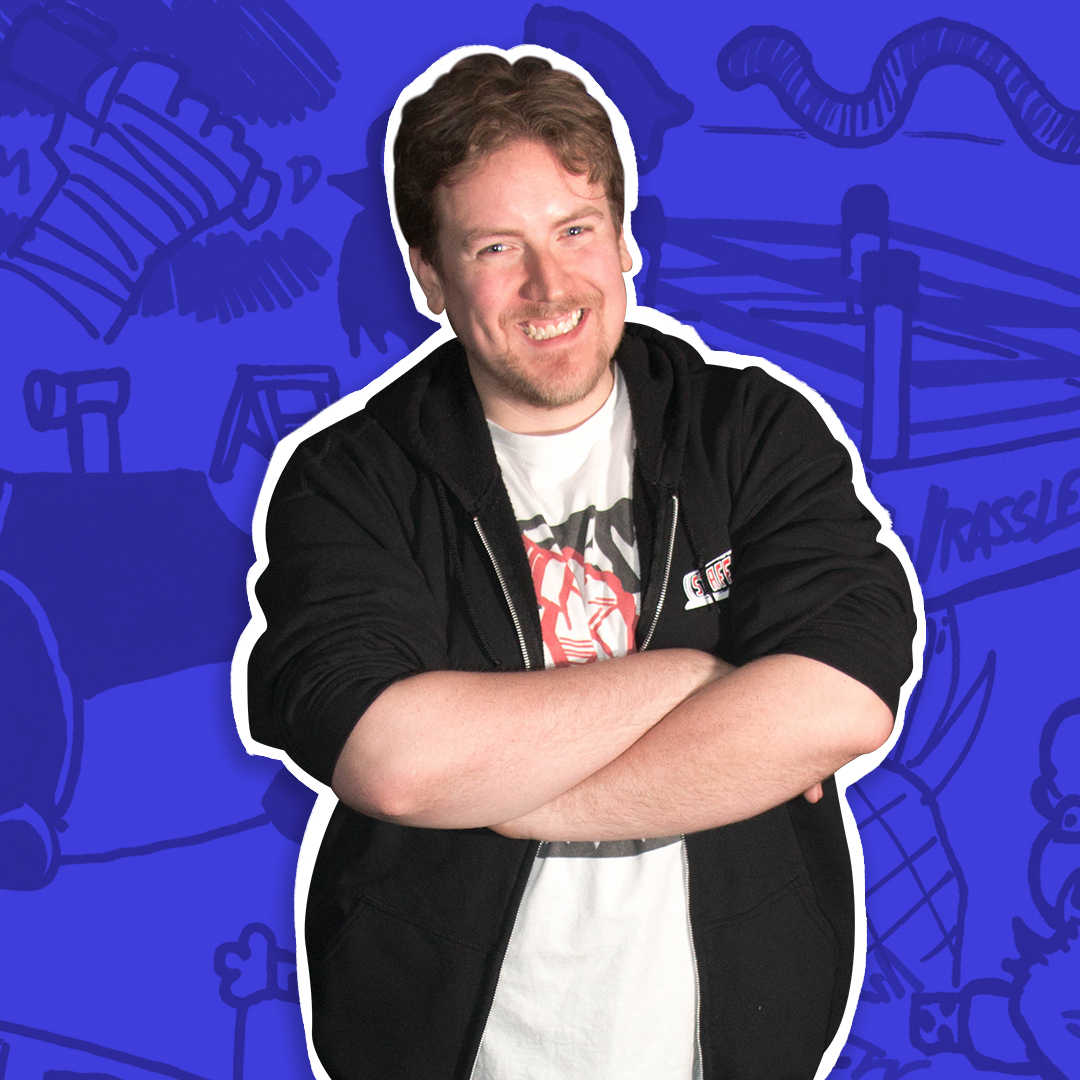 After years of being an Art Fight Superfan, Mike Donohue ascended from fanboy to Fighting Fanboy after he competed in the 2015 Super Art Fight Idol. He is a one-man encyclopedia on the ins and outs of Super Art Fight history and lore, and knows each roster member like the back of his hand. Is it creepy? Maybe a little, but it’s a hell of a competitive advantage. He’ll give his opponents the ol’ one two punch of groan-inducing dad jokes and tear-away pants, as well as a wrestling playbook deeper than that of the WWE Network. Mike is good-natured, affable, and a friend to all, but on his bad days you may just find him to be a bit of a heel.